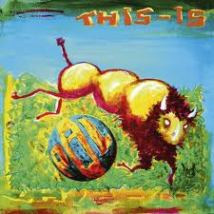 Punk Rock icon Johnny “Rotten” Lydon once remarked caustically that his post-Pistols outfit PIL was not a band, but a company. Like all companies, employees come and go, but not since the classic Wobble, Atkins and Levene partnership has Public Image sounded so vital, eclectic and eccentric.

At the core of the music is the characteristic rock-steady rhythms and deep round, throbbing bass lines that you have come to associate with PIL over the years. This time provided by former PIL alumni Bruce Smith back on the drum stool and Scott Firth on bass. This dynamic duo secure the spine of the album while the head and limbs contort, distort, undulate and berate.

Long-time PIL cohort and multi-instrumentalist Lu Edmonds paints with a vast tonal palette that has a strange continuity with Keith Levene’s earlier groundbreaking sonic contributions without being derivative. He etches metallic, flashing shards of slinky sly stereo images into your skull that are as melodic as they are dissonent employing electric and acoustic guitars as well as a host of unique sonic tools including his trusty Baglama or Saz (a long-necked Turksish lute) that he fearlessly outfitted with electronics and wields flawlessly with a slide adding a unique resonant liquidity to the tunes. In an age of generic, overblown mall-metal guitar and tired retro-rehash riffage, it is orgasmically refreshing to hear a player that knows how to play stringed instruments strategically and garnish a song with atmosphere, intrigue and texture.

As always Mr. Rotten, the master of malevolent ceremonies, cackles, croons, growls and stretches his vocal chords into his signature helium howl that is as feral and effective as ever albeit berated with age and a few thousand Marlboros. His message seems a bit more open and less shrouded is cynicism as he delivers his urban-tribal hymns that borderline on territorial at times. Indeed his prowess, presence and power are forever synonymous with London and resonate from his unbridled being “like a beacon in the garden of Eden,” as he proclaims on the album’s double A-side single Reggie Song.

PIL’s latest venture is as potent and eclectic as anything in the extensive back-catalogue ridden with experimental, volatile and occasionally beautiful sounds. This album brings every element of that lineage to the table and refines the chemistry to a perfect essence. Defying categorie and pulling from virtually every influence imaginable, PIL remain vital and give younger acts something to aspire too. Besides Killing Jokes’ MMXII this is the essential album of 2012.

Here is a blistering performance of the latest single on Later with Jools Holland…..Notice the Baglama in action!!